The total value of all cryptocurrencies currently stands at 185 billion US dollar (stand of 11/01/2017) – five times higher than at the beginning of the year. Latest trend in the scene are so-called ICOs (Initial Coin Offerings). In these virtual IPOs companies don’t issue shares, instead so-called tokens. But what are the risks and what do investors have to consider?

Initial Coin Offering (ICO) is the new financing model in the world of digital currencies. Companies generate capital through multi-investor investments – much like crowdfunding. At the ICO, investors buy with fiat money (such as euros or US dollars) or another cryptocurrency (e.g., Bitcoin) a digital currency which is newly emitted by the financed company. This can be utility or security tokens.
Investors are buying cryptocurrency, which equivalent strictly speaking, doesn’t even exist at this very early stage. Because only when the project is successful, the value of the token increases. To help potential investors to assess whether the investment is profitable and sustainable, the company summarizes its project in form of a „white paper“, a collection of ideas and description of the project. In first instance, a community has to be created that is convinced of the idea and supports the project with its investment. In addition, the document determines how many tokens will be distributed to investors at the most and which part will apply for financing of the business model.

This should be noted by ICO investors

However, there are also black sheep among the ICOs. This is mainly due to the fact that the technology behind is mostly incomprehensible to laymen. In addition, there are no rules and regulations that could possibly prevent fraud. Even Wolf of Wall Street Jordan Belfort, who himself was imprisoned for fraud and money laundering, recently warned about Crypto IPOs – even if the majority is pursuing honest intentions, a disaster threatens due to the few black sheep. In fact, investigations are underway against those companies. But these are rather exceptions. If you want to invest in ICOs, you should first look at the project and answer a few questions:
But even if, after analyzing the above criteria, you see your investment object as trustworthy, financial experts emphasize again and again that the cryptocurrency business generally carries a high degree of risk. While the price of new currencies can rise immensely in a short time, also the reverse can happen, it isn’t unlikely that you can lose all of your capital within a day.
Nevertheless, more and more investors –  including many layman –  are venturing to invest their money in various ICOs. Only in 2017, the amount was more than 3 billion US dollar (source: www.coinschedule.com/stats.php; of 11/09/2017). So it’s hardly surprising that new ICOs are springing up like mushrooms. There are already over 200 ICOs – and the number is rising.

While traditional capital markets are subject to various regulations, those aren’t yet available for ICOs – at least not comprehensive. Initially, government agencies have been holding back, but now more and more countries are stepping in to better control the system. 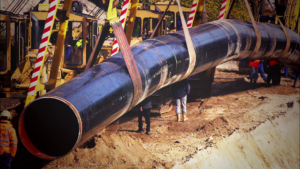